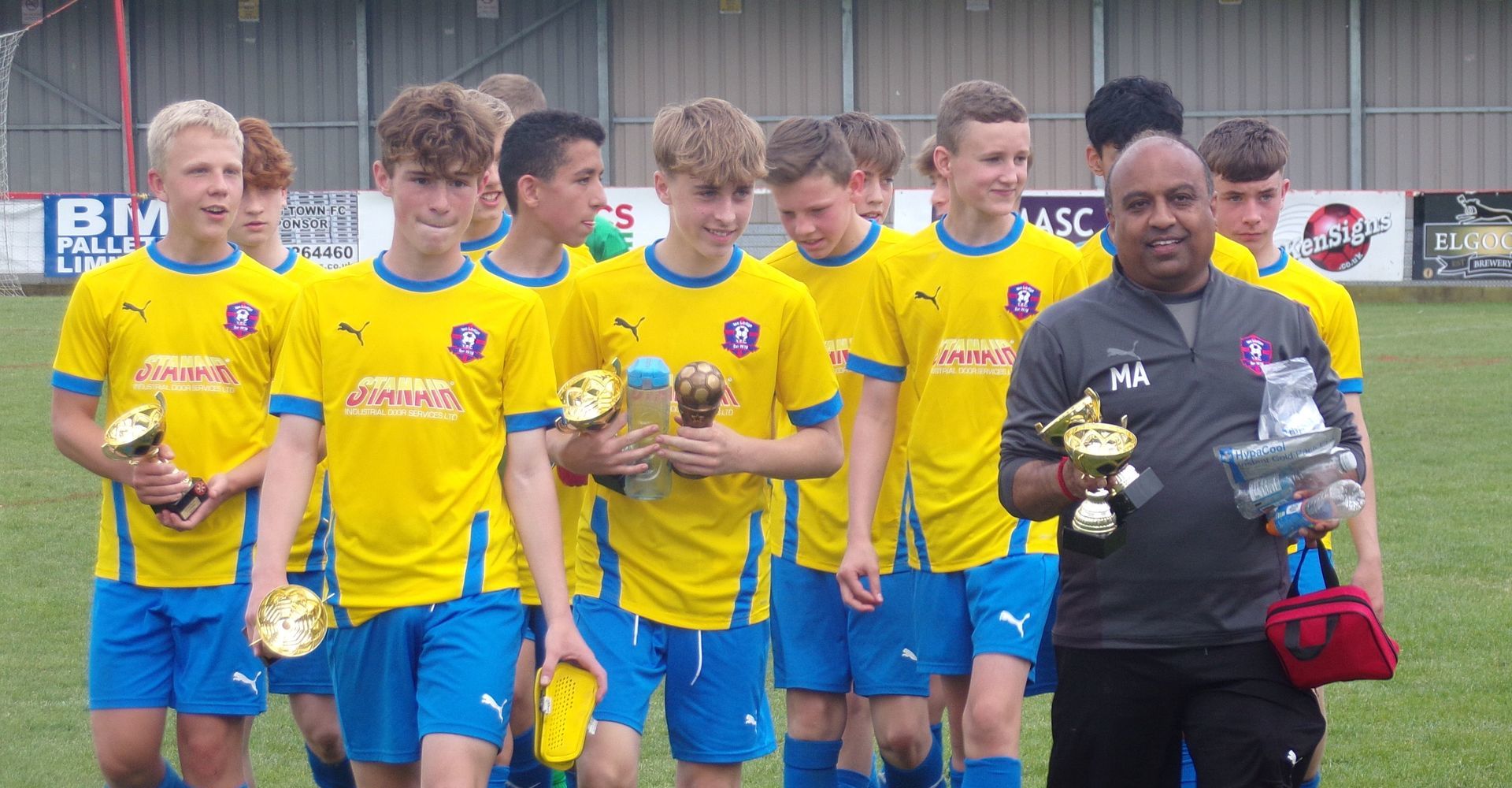 Posted on 21st June 2022 at 11:53
What a fantastic season it has been for the Falcons. Not only were they crowned ‘Invincible’ Division One Champions of the Under 14’s Weetabix Youth Football League but had also earned themselves a place in 2022 Ken Burton Cup Finals. As the club sponsors, we were honoured to be invited to their finals match and to lend them our support as they prepared to do battle with Finedon Volta Dolben at Latimer Park in Kettering.
It was a warm Sunday afternoon as the friends, family and supporters gathered to celebrate the finals. The atmosphere at the ground was jovial as all enjoyed the sunshine and the air was filled with not only the enticing scents of hotdogs and donuts but cheering and clapping. Crowds of parents, friends and supporters had all gathered to watch the twelve participating teams and, win or lose, cheerfully celebrate their achievement.
As the unbeaten champions of Division One, the Falcons had an advantage over Volta Dolben who had come second in Division Two. However, the outcome was less than certain as the players warmed up and prepared for the match ahead. It would mean winning the League and Cup double for the Falcons – an impressive achievement for any team- and all that stood between them and the silverware was this match.
The kick off whistle sounded and both teams launched into action accompanied by cheers and shouts of encouragement from the stands. For a while, both teams seemed on an equal footing however it did not take long for the Falcons to dominate the match. Despite Volta Dolben performing a few very good tackles and set pieces, the ball was launched into the back of their net within ten minutes.
A hat trick of goals by Harry Walsh (named Man of the Match) then followed before a final brace of goals sealed the outcome of the match as 6-0 to the Falcons. Both teams were enthusiastically applauded by the crowd (and each other) before the Falcons team gathered for the presentation of the Cup.
As the Team Captain, Milan Amin, lifted the cup up high, it was clear to see the pride in their faces at yet another momentous achievement won through their hard work, determination and skill.
Manish Amin, the proud Manager of the Falcons, stated, ‘It has been a fantastic season and one in which the boys have been absolutely magnificent. I am immensely proud of each and every one of them. The team spirit and desire shown by the boys resulted in winning the league and cup double, which has been a marvellous achievement! I would also like to say a big thank you to Stanair for their generous sponsorship this season’
We at Stanair are happy to have played a small part in supporting the Falcons in reaching their much-deserved victory. Sheena Markham, Managing Director of Stanair Industrial Doors Services, said, ‘Supporting community grass roots sports has always been important to us. We feel that, especially in these tough times, supporting young people to engage in and celebrate sport is essential.
We are pleased for the team, we congratulate them on their huge success and we look forward to supporting them in the future.’
Finally, a massive well done to every single team that reached the finals and another thanks to the Weetabix Youth Football League Management Committee who work tirelessly to bring organised youth football to the Kettering area. If you would like to learn more about joining a youth team in your area, please visit www.thefa.com/get-involved and see how you can get involved. 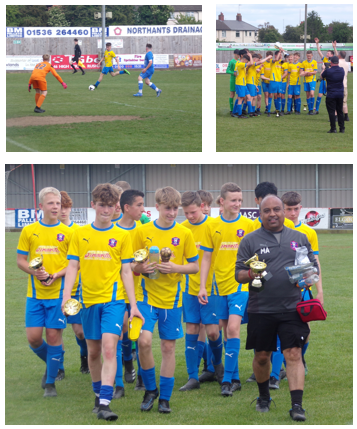