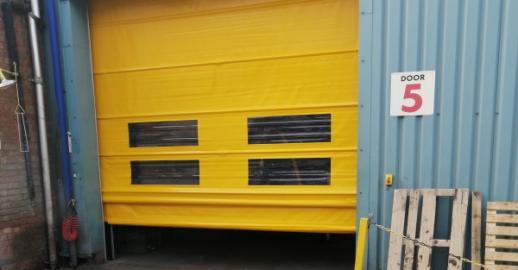 Posted on 22nd November 2021 at 13:30
Alumasc is a company with a long history in Burton Latimer. They specialise primarily in the manufacture of goods made from aluminium. It is a very useful material as it is light, strong, malleable and non-rusting. Added to this, it is 90% recyclable – good news in our current climate!
The factory on the Burton Latimer site was first established in 1941 in the midst of wartime Britain and began life as Sterling Metals. The main purpose of the factory was to manufacture aluminium cases for incendiary bombs. After the war, there was a management buyout and control passed to A. Strauss and Company. They needed a new name for the company and decided to take the first part of the word ‘aluminium’ and add the company initials to it. Hence – Alumasc!
Over the years, the factory has produced a variety of goods including pots, pans and bakeware in the ’40s, to guttering and down pipes in the 50s, to achieving considerable success manufacturing pressurised beer barrels.
The company has continued to grow and diversify and is now a nationwide supplier of sustainable building products, systems and solutions using recyclable materials.
We were called out to replace a rather old and tired rapid action door that had become damaged. The company were keen to replace the door as, during the winter, the workers and warehouse could become very cold indeed. When we arrived, it was interesting to see the original door was a Stanair Rapilux door - one of the early range of rapid action doors - installed in around 2004. It was ripped and at 17 years old, and in use approximately 100 cycles a day – was well past its best.
Our engineers, Dylan and Sean, installed an Infraca Rapid Action Door with full-width safety edge and safety photo electric cells across the door opening – which means if the door starts to close and someone or something passes through the opening, the door will sense this and automatically open again until the obstruction has passed.
Kevin Langley, Site and Facilities Engineer at Alumasc, said “The Stanair engineers did a fantastic job and worked a long day to try and minimise disruption. The lads are very happy that the warehouse will be a bit warmer come winter. “
Find out more about Alumasc.
Tagged as: Rapid Action Doors
Share this post: